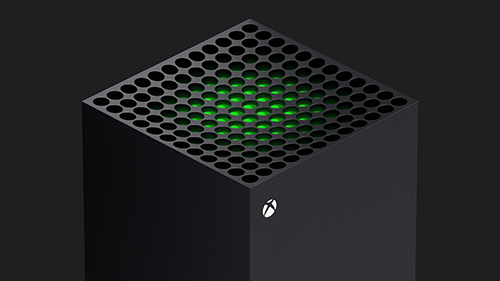 The “console wars” are a dated concept. Back in 2005, maybe the concept made some sense. You had Sony and Microsoft selling similar consoles (the PlayStation 3 and the Xbox 360) at similar price points for the majority of the generation with little to separate them. A lot has changed since then, and for some reason I keep seeing a major point to the “console wars” being ignored. Game Pass Ultimate on Xbox Live, is the best service in console gaming.

Microsoft is not trying to win the generation by selling more consoles or having games exclusively on Xbox. They’re trying to win by making Game Pass the best value to the player.

After the Xbox Series X games reveal this week, again the debate goes on whether or not Microsoft has the 1st party games gamers want to play. It’s important to note that every, single, game shown in that presentation will be on Game Pass. Microsoft is not trying to win the generation by selling more consoles or having games exclusively on Xbox. They’re trying to win by making Game Pass the best value to the player. You almost can’t be on Xbox and not be on Game Pass or Game Pass ultimate. This bet on services is an absolute game-changer.

Let’s take a look at the numbers. I should note that these numbers are incredibly basic. There are a ton of different factors in play when selling a console and I’ve reduced them for simplicity. While we don’t have the official price yet, let’s assume the Xbox Series X launches at $500. Over 7 years, that’s about $5.95 a month per machine. Now if you get Xbox Live without Game Pass, that’s $10 a month. So Microsoft could expect to see $16 a month per player at the most baseline level, over 7 years. Assuming the PlayStation 5 launches at the same price, but a buyer doesn’t subscribe to PlayStation Plus or PlayStation Now (Certainly not a requirement) that would give Sony $5.95 a month per console sold. This would make revenue per console sold over the life of the console about $1,344 for the Xbox and $500 for Sony. So if you’re looking to play 1 or 2 new games every year, then yeah, the PlayStation is going to be the better value.

A player that buys an Xbox Series X on launch day for $500, and pays $15 a month over 7 years will pay $1,760 over the course of the generation. A player who does the same for the PlayStation 5 will pay $2,180 over the generation. Does the extra $420 matter over 7 years? I can’t answer that, but the value one is getting out of being in the Xbox ecosystem is undeniable.

Again, if you consider yourself a casual gamer and just want to play the new Call of Duty every year, then the PlayStation is going to be the better value in terms of cash. If you’re looking for a well rounded gaming experience, then the Xbox is a better value. This is all based on the assumption that the consoles launch at the same price. It is also ignoring any possibilities of “digital-only” consoles.

Is Microsoft concerned about winning the console war on hardware? If they are, it’s probably only a small part of the conversation in Redmond. If Sony sells more PlayStations than Microsoft sells Xbox, Microsoft knows they have the services to make up the difference and those services are almost a must-have.

It all comes back to games as well. If your favorite game is exclusively on one console over the other (Halo, in my case) then you don’t have much of a choice. However, if you’re open to trying a lot of games, then Game Pass gives you the keys to drive that experience. In my opinion, that’s what counts in gaming.